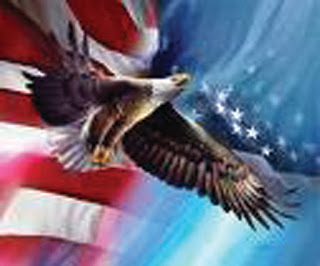 While re-electing President Trump is very important, it is not the only thing that matters. I can't believe I am about to say this, but I am: Americans with a sense of keeping the American dream alive, need to vote a straight Republican ticket this year. There are worthy democrats out there, but we need conservatives to regain control of our country. We have been out of balance far too long the other way. Portland, Chicago, Seattle, Baltimore, New York City, Washington D. C., San Francisco, Minneapolis and many other cities prove that every day. Defunding police, open borders, sanctuary cities, the tolerance of riots and looting are just so Un-American, yet they are heartily embraced by the Democrat Party. Enough is enough...they must be voted out of office at every level, be it local, state or national.

What is our country's biggest problem? China? Racism? Covid-19? Our National Debt? Nope, it's none of those. After this election, we must all turn our attention to our nation's biggest problem: our entire educational system...from top to bottom. We started going downhill in the sixties and have been in steady decline ever since. Teacher's unions are out of control. State universities are out of control. School systems are out of control. We are dumbing down our national tests. Current curriculums are a joke. Charter schools are not the solution, they're just a bandaid. The problem is much more fundamental than school choice. The student loan programs are a joke, designed to help financial institutions...the kids, not so much. We are simply not preparing our kids for the future and in doing so, we diminish our country's future.